Wrap up of the Finals

First up I would like to congratulate all players in the Summer 2018 comp. Firstly WITC taking out the Division One Cup. Their match was always in control with Ian at the helm. Ian, unbeaten in this series maintained all the way through. What really clinched the finals for them was winning the doubles. Even though Malcolm, Ian's partner played well and though he still couldn't secure wins in his matches. Buchanan Gray played a very tight game as well but couldn't quite get there. A very good final match to witness.

For the third-place finals, it was Kingdom Music vs BNZ Mercenaries (which has the coolest team name). Kingdom Music was able to edge a 3-2 win over BNZ. They really got their game in the doubles match where young star play Philippa really stepped up to help secure the win. Philippa is a young player to watch out for, I've seen her grow her skills through various competitions. Even though Philippa lost both her matches she played very well in her last where it went to the fifth game where she lost 14-12. Karthik stayed cool and dug deep to win. Well done to both teams for their fair play.

For the last two teams in Division one, we had Storypark vs PaperKite. PaperKite really played well especially as I asked them to play a grade higher just to improve their skills and make up the numbers. They are the team I'm most proud of, they have worked hard on developing their skills and to get the win over Storypark 3-2. Storypark another team that has come up a grade still looks strong overall a bit more practice and we'll see them up higher in later competitions.

Division two finals were played out by two newcomers to the competition. Orbitremit and Harmonic Analytics. Orbitremit was looking down in the first two games with Danny and Gaurav putting the pressure on and taking a 2-0 lead. The doubles were up next and the tables starting turning for Orbitremit taking the match all the way to the fifth game and winning 11-9 in the last. That was it, they had a huge burst of hope and took the next two games winning overall 3-2 and taking the Division Two cup. But we can't forget Harmonic Analytics, they played very well throughout the whole comp and were looking like favourites to win. I could see them possibly taking out the next competition. Well done to both teams for putting on a great display of Table Tennis

Further down the ladder, we had the two CoreLogic teams playing off for third. This round CoreLogic Stimpy has improved greatly, but couldn't quite get the win over their other work team CoreLogic Ren. john and David of CoreLogic Ren have shown great improvement in their game, with John's signature serves which most players find hard to return. They took a 5-0 win over Stimpy. I'm looking forward to seeing them in the next round.

Finally the last two teams Hey George and Springload played well with Hey George taking fifth place. Through practice and training, I see the players of Hey George moving up the ladder in future. Springlaod was missing their star player Rich, he had fractured his wrist after a skating accident. I filled in for them for the last two rounds and had fun also gave them some pointers which I hope they take onboard and use next time.

Overall this has been my favourite round so far, new teams coming in an older teams getting better. I'm looking forward to the other regions coming under the Business Class brand of Table Tennis in the near future. I'm hoping for nationals by next year for Business Class. 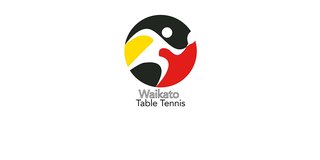 I'm the primary organiser/owner of the Business Class Competition. I started playing Table Tennis about eight years ago. I've carried the passion on throughout my game and help form this competition. I think this is probably best competition that Wellington has to offer in Table Tennis. For the most of the time, I run Sproutmedia a video production business with a primary focus on delivering high-quality video content.